Together, Live in Concert

Jeff Beck has never been shy about speaking his mind through his music. For more than 50 years, the Grammy-winning guitarist has expanded rock’s sonic vocabulary with an inventive style of playing that defies categorization.

With LOUD HAILER, Beck’s first new album in six years, the Rock and Roll Hall of Famer shifts gears once again for an album packed with topical lyrics that touch upon his concerns about the future. Loud hailer — another name for a megaphone — is the perfect symbol for the 11 tracks.

Depp to join tour on October 4 in Washington, DC and continue through November 12 in Reno, NV. Once Depp joins, the duo will highlight songs from their newly released musical collaboration, 18. In addition to Depp, the tour will include Beck's current band: bassist Rhonda Smith, drummer Anika Nilles and keyboardist Robert Stevenson. 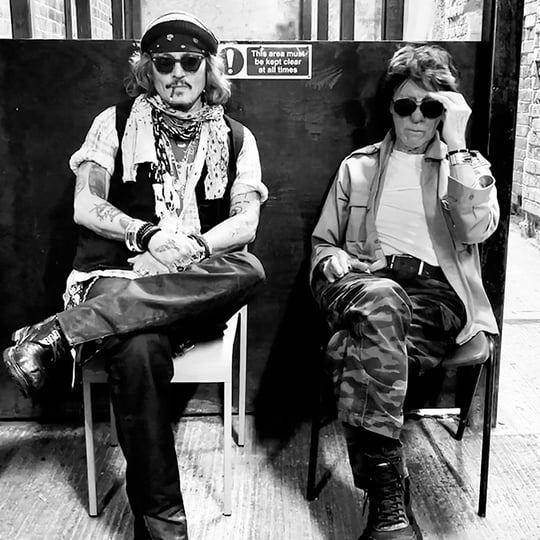 When you click to “Buy Tickets,” you will be redirected to a third-party website – ticketmaster.com, uvtix.com, or eventbrite.com – each is a secure website. Ticketmaster, UvTix, and Eventbrite are the only companies authorized to process ticket sales for Grand Sierra Resort events. Tickets purchased from websites other than grandsierraresort.com, ticketmaster.com, uvtix.com, or eventbrite.com may not be valid. Screen shots, photos, or printed email copies of show tickets will not allow access to the Grand Theatre. Mobile tickets must be displayed on your mobile phone from your original email or text to gain access to the Theatre. All ticket sales are final. No exchanges or refunds. Grand Sierra Resort is not responsible for lost or stolen tickets.